CASE UPDATE: Harrisburg man who attacked Detective immediately after Dec. trial gets up to 20 years for 2014 armed robbery case

CASE UPDATE:  February 24, 2016- Commonwealth v. Alex Martin Pettis:  On February 24, 2016, the Honorable Dauphin County Judge Scott A. Evans imposed an aggregate sentence of 7 – 20 years in a State Correctional Institution for convicted armed robber, Alex Martin Pettis, 25, of Harrisburg.   During the sentencing, Judge Evans cited Pettis’ very apparent proclivity for violence- which was not only evidenced by a past and the present armed robbery case; but also by Pettis’ violent antics in open court following the verdict in December 2015.  On that day, shortly after hearing the jury’s verdict, Pettis lunged across the table, and tackled arresting Lower Swatara Detective Ryan Gartland to the courtroom floor.  While wrestling, Pettis punched and attempted to choke-out Gartland, while numerous Dauphin County Sheriffs quickly amassed in an effort to subdue Pettis.  After nearly a minute of relentless struggling, Pettis was finally brought under compliance and taken immediately to Dauphin County Prison.

At his robbery sentencing, Pettis momentarily addressed the Court on his own behalf, apologizing for “turning the courtroom into a circus” that day (December 11, 2015), however voiced no remorse or regret for the victim he had robbed.  Immediately after receiving the 7 – 20 year sentence, Pettis was led out of the courtroom by Dauphin County Sheriffs, but not before proceeding to aggressively crack his knuckles while leering at the prosecuting attorney and other court staff.

The underlying 2014 robbery conviction stemmed from an incident that occurred on May 26, 2014, at the Hollywood Motel in Lower Swatara Township, Dauphin County.  On that morning, Pettis and two other persons were running a joint prostitution business by way of an online advertising site. At around 4am, the robbery victim responded to a female prostitution ad and was directed to room 115 of the Hollywood Motel.  At arrival, the victim decided not to participate and walked back to his car parked in the motel lot.  After returning to the car, Pettis suddenly approached the vehicle, armed with a silver/black revolver, and demanded cash.  At seeing the firearm, the victim threw the car into reverse and quickly backed up, however Pettis grabbed ahold of the door frame of the car.  Seeing that Pettis was still on the car, the victim shifted into drive and abruptly accelerated; but, in doing so, lost control and crashed into an unoccupied motel room. At impact, Pettis was thrown from the car but could be seen on the motel’s surveillance video running from the scene.

Criminal charges for Pettis’ attack on Detective Gartland, which include Aggravated Assault and Retaliation/Intimidation of a Witness, are still pending trial.  Prosecuting Deputy District Attorney Joel Hogentogler applauded the Court’s Feb. 24th sentence as being a necessary step to ensure the community’s continued safety from Alex Pettis.

NOTE:  The charges related to the December 11, 2015 assault on Detective Gartland are merely an allegation at this time and Pettis is presumed innocent of those charges unless and until he is found guilty in court. 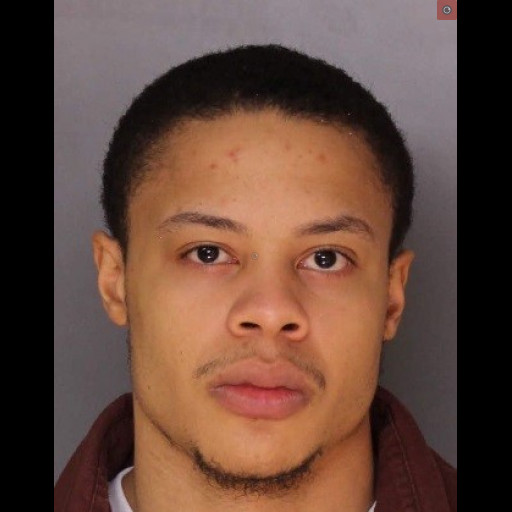