Nathaniel Garfield, 29, of Harrisburg, was found guilty today of Statutory Sexual Assault; Involuntary Deviate Sexual Assault; Aggravated Indecent Assault; Indecent Assault; Unlawful Contact with a Minor; and Corruption of Minors, after a jury trial before the Honorable Judge Richard A. Lewis.  The jury deliberated for 90 minutes before finding that the Defendant molested a child between 2008 and 2011 when she was 13-15 years of age.  During her testimony the victim was asked to read portions of a journal she kept during that time period documenting some of the abuse.  She became emotional when she came to the part where she had written about her fear that Garfield might abuse her younger sister.

Defense Counsel Paul W. Muller argued to the jury that the child had made the abuse up because she was a troubled child.  Chief Deputy District Attorney Jennifer W. Gettle argued that the child had no motive to fabricate the molestation charges against Garfield and that the child’s troubles in school were directly related to the abuse she sustained.  The case was investigated by Middletown Police Detective Pete Fure.

Garfield will now be evaluated by Pennsylvania's Sexual Offender Assessment Board to determine if he should be classified a sexually violent predator under Pennsylvania's Megan's Law.  Garfield remains incarcerated in the Dauphin County Prison.  Judge Lewis set sentencing for April 18, 2014. 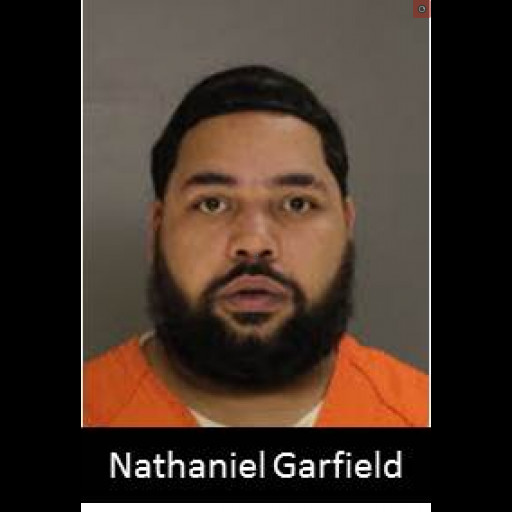