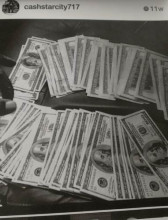 Instagram photo used by the theft ring to further their efforts to defraud PSECU.

The charges stem from an extensive, multiple department investigation performed by Det. Bryan Jackson of the Dauphin County Criminal Investigation Division and Loss Prevention Officers from the Pennsylvania State Employee Credit Union (PSECU). Between the dates of December 17, 2012 and November 6, 2013, Masharad Carter advertised on the social networking site “Instagram”, under the pseudonym “CASHSTARCITY717”, that he could get PSECU account holders “free money” if they provided their ATM card and pin numbers to him.  On at least 181 separate transactions, Carter deposited stolen or closed account checks into the individual PSECU accounts, only to immediately withdrawal large sums of U.S. currency.  Each solicited complicit account holder would receive several hundred dollars as a result of the transaction, and the Defendant would keep the sum of the remainder for himself.  In nearly all cases, the account holders would then file a false report with police that their ATM cards had been stolen, lost or misplaced. A total of 181fraudulent transactions were identified by PSECU and Detective Jackson, with an initial total loss to PSECU of $24,038.89.

On February 19, 2014, seven of the accomplice-account holders were additionally charged with crimes ranging from filing false reports to law enforcement, to theft and conspiracy to theft.  Investigation remains open on other possible suspects.

Deputy District Attorney Joel Hogentogler is prosecuting this case on behalf of the Commonwealth. 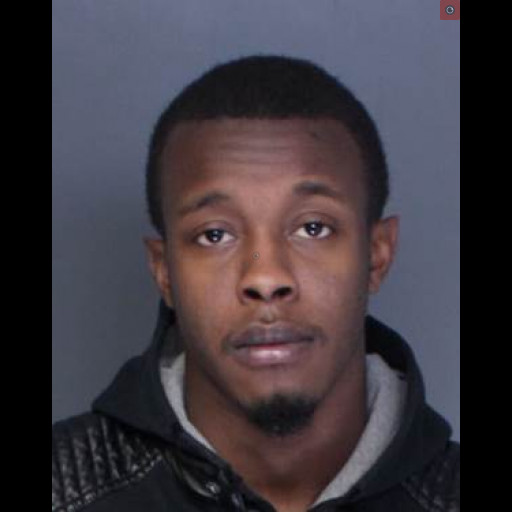