On Thursday, June 27, 2019, at 10:00 a.m., Mayor Eric Papenfuse and Commissioner Thomas Carter presented awards to outstanding officers at the yearly award ceremony at the Forum Auditorium at the State Capital Complex. The event serves to recognize officers who have distinguished themselves and the Harrisburg Bureau of Police by their exemplary bravery and praiseworthy deeds.

Detective Jason Brinker joined the Harrisburg Bureau of Police in 1997.  He spent four years in the Uniformed Patrol Division, and in 2001 he was assigned to the Auto Theft Unit, within the Criminal Investigations Division.  In 2003 Detective Brinker was assigned to the Adult Offender Section of the Criminal Investigations Division and has served as a detective in that section ever since.  Throughout his career as a detective with the Harrisburg Bureau of Police; Detective Brinker has led or assisted in just about every imaginable type of criminal investigation.  He has been involved in over a hundred homicide investigations, and has never been the affiant in a homicide case that hasn’t resulted in a successful prosecution.  Due to his tenure in the Criminal Investigations Division, Detective Brinker has been looked at as a leader amongst his peers.  He is also considered a valuable asset to his supervision.

Officer Brandon Braughler joined the Harrisburg Bureau of Police in 2014.  He has made substantial contributions to his platoon that greatly contribute to efficient platoon operations.  He eagerly volunteers for calls to such a degree the Dauphin County Emergency Management dispatchers contact his supervision at the end of several shifts asking he be recognized for his proactive approach to handling calls as they come in. Officer Braughler is a Traffic Safety Officer, Field Training Officer, Platoon Forensics Officer, Honor Guard Officer, and will handle any call assigned with efficiency and vigor. On top of his assigned duties, Officer Braughler teaches for the Harrisburg Bureau of Police Citizen’s Police Academy and teaches new recruits during their in-house training. He has an infectious can-do spirit, completes all assigned tasks and volunteers readily for additional calls, tasks, and responsibilities.

Officer Garrett Miller has been a member of the Harrisburg Bureau of Police since 2001.  He is a nearly 20- year veteran officer with a long productive career. In 2018, Officer Miller was assigned as the senior patrol officer and had the responsibilities as a city-wide unit that responded to calls throughout the entire city and tackled problems where needed.   Officer Miller has set the example for professionalism on his platoon and even steps up to train new officers. He is established as a very proactive officer and continues to conduct proactive work within one of the city’s busiest districts.  He is a respected officer by his peers as well as a community favorite.  He has a good rapport with citizens in the higher crime areas and with community leaders throughout the city.

Officer DariI Foose has been a member of the Harrisburg Bureau of Police since 2015, following a 1 ½ year stint with Dauphin County Probation, as an Adult Probation Officer.  While with Probation Services, Officer Foose was assigned a Harrisburg City case load; an assignment that developed into a passion for the profession.  She has established herself as a pro-active officer who is looked upon as one of the leaders of the platoon, and has learned to take on all the responsibilities that come with it. She is routinely one of the first officers to identify suspect photographs, as well as their known whereabouts and associates. Officer Foose is also member of the Dauphin County Gang Task Force, where she has been recognized as a certified Gang Specialist, which allows her to testify as an expert in Dauphin County court cases. 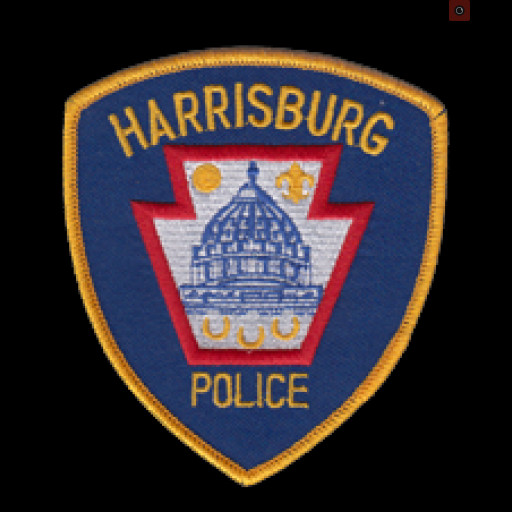