The Harrisburg Police have two Animal Control Officers who handle all animal calls for the entire City.  The City of Harrisburg is one of the few municipalities in the Harrisburg area that contracts with the Humane Society of Harrisburg in respect to animals in the community.  These officers have a total of 43 years combined experience in animal control/cruelty investigations.   Their major function is enforcing animal licensing, current rabies inoculation, canines running at large, animal fighting, and animal cruelty investigations.  On average, these officers respond to over 1,300 calls a year.

Occasionally, calls are received regarding stray animals that are either sick or injured.  Once animals are located and secured, they are transported to the Humane Society.  The City of Harrisburg pays a fee for each animal turned in by the police, animal control officer, or citizen.  The fee is as follows:  $122.50 for all canines except pit bulls, $265.90 for pit bulls, $135.70 for all felines, and $51.50 for all other animals.

Animal Control Officers at time will attempt to control wild/feral felines within the City limits by trapping them and transporting them to the Humane Society to be inoculated and spayed/neutered.  The feline is then returned to the area it was trapped and released at no cost to the citizen.

Citizens can call 717-558-6900 to report animal problems or to contact the Animal Control Officer.  If a citizen has custody of an animal that would need to go to the Human Society, they would first have to come to the police station to pick up paperwork identifying that the animal comes from Harrisburg City.  Additional information regarding the City’s animal laws can be found at http://www.ecode360.com/26959086 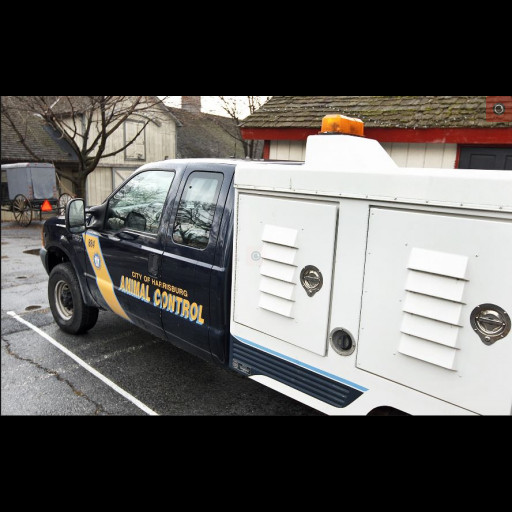