The City of Harrisburg and the Bureau of Police are pleased to announce the availability of the online reporting system, officially known as the Desktop Officer Reporting System, or DORS. The system will be available and functioning beginning on December 1, 2021. DORS was designed by LexisNexis Risk Solutions and modified for use by the Harrisburg Bureau of Police. The online reporting system works with the Bureau of Police’s Record Management System, CODY, and generates a report without having to speak to a Patrol Officer.

This online reporting system allows Citizens to report certain crimes without having to call 911, the Dauphin County Non-Emergency Number (717) 558-6900 or travel to the Bureau of Police to report a crime or nuisance. The report can be filed from a phone, computer, iPad, etc. This can be a real time saving experience for a Citizen who does not have time to wait for a Police response and can be done 24 hours a day. DORS also potentially increases the amount of time Officers have available to respond to in-progress calls, such as a burglary or traffic accident.

The DORS report begins by answering a series of questions to ensure the incident can be reported online. If the report is not eligible for online reporting, the Citizen is prompted to report the crime in person or via a phone call.

The types of crimes that can be reported on DORS:

There are several ways to access DORS. The easiest way is to view the QR code using your cellular phone’s camera and the code will open a link to DORS. Please see the attached flyer for the code.

The QR Code will take you directly to the City of Harrisburg website were there is a tab labelled DESK OFFICER REPORT SYSTEM – CREATE REPORT. The first step in the reporting process is to answer a short series of questions to ensure your specific circumstances qualify for an online report. As you complete a series of screens, you are creating the report. The person reporting the incident will have to complete a short narrative to explain what occurred and then submit the report.

If you are accessing DORS from a computer, here is the link to the DORS site: https://harrisburgpa.gov/bureau-of-police/police-online-reporting/

Quick Connect setup. DORS has the ability to send you a text message with a link directly to the DORS site. The Quick Connect phone number is: 833-290-3184.

The Bureau of Police is working with LexisNexis Risk Solutions to offer the online reporting in Spanish. It will take some time to develop, but this feature will be added to the site as soon as it is available.

If you have questions or issues about the Harrisburg Bureau of Police Desktop Officer Reporting System you can email us at: PoliceBureau-DORS@harrisburgpa.gov . 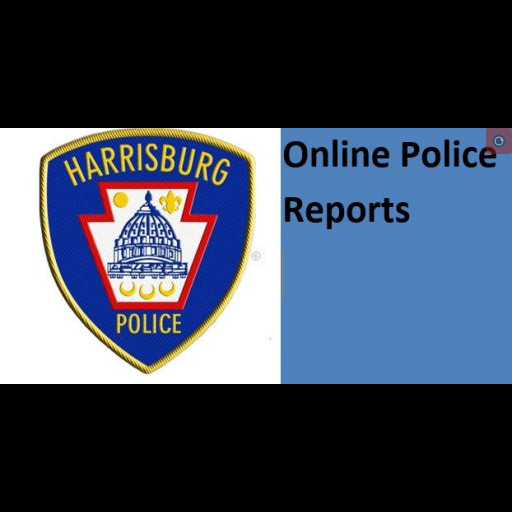