Mayor Eric Papenfuse will hold a press conference at 11 a.m. on Tuesday, August 31, at the MLK City Government Center to announce plans for the Kipona Festival that will be held September 4-6 on Riverfront Park and City Island.

“This will be an exciting event,” said Mayor Papenfuse, “we look forward to welcoming back the activities and vendors to beautiful Riverfront Park and City Island.”

“I especially want to thank our title sponsor, Visit Hershey & Harrisburg, and our Fireworks and Stage Sponsors – Pennsylvania Housing Finance Agency and T-Mobile,” Mayor Papenfuse said. “Without their support, we would not be able to organize such a great festival.”

This year’s event will feature returning attractions such as the Native American Pow Wow, Artist Market, Paws in the Park, tightwire walkers, live music with more than 50 bands in three performance areas, biergarten, food vendors and more. Fireworks will be held on Sunday, September 5 at approximately 8:15pm. New to the festival this year will be a wine garden at the Civic Club of Harrisburg and an immersive 360 video booth where attendees can create dynamic photos, video boomerangs, GIFs and more.

Recreational opportunities such as the Dick Reese Canoe and Kayak Races and the Eastern Pennsylvania Youth Soccer/JT Dorsey Foundation will host events on Monday.  New to the festival this year is the Soul Smirk Fitness and Wellness Zone. Yoga, Zumba, cardio and HIIT workouts classes will be available each day for a $5 donation.

Vendors will be placed to allow more space for social distancing. The festival footprint will span Riverfront Park from Market to Forster St, providing an additional 80,000 square feet of space this year. Mask are encouraged for everyone out of an abundance of caution. Handwashing stations will be available at every restroom location.

Additional details can be found on the cities website: Kipona | City of Harrisburg (harrisburgpa.gov) 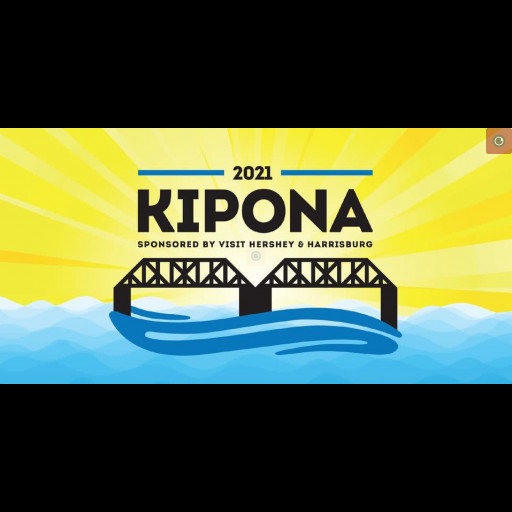