On July 25, 2017, Lower Paxton Township's Director of Public Safety and Chief of Police David J. Spotts was sworn-in as the 104TH President of the Pennsylvania Chiefs of Police Association (PCPA).  Dave is only the third President from Dauphin County law enforcement to serve as President of the Association and the first since 1937.  The installation ceremony was held at the Radisson Conference Center in Camp Hill.  The Oath of Office was administered by retired LPPD Officer  and current magisterial District Judge Joseph Lindsey.  The PCPA represents the interests of chief law enforcement executives and command staff members of over 1,200 police agencies in the Commonwealth as well as professional standards for all police departments.  Director Spotts  is honored and humbled to have the opportunity to lead a second great organization, the first being the LPPD.  He will continue his role with Lower Paxton Township as he serves his term as President. 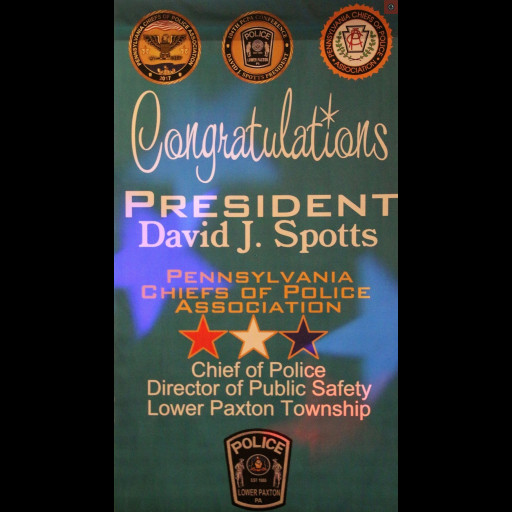