Ptlm. Keegan Wenner and Ptlm. Adam Tankersley took time to present to several classrooms about their careers as Police Officers. Sgt. Scott Yoder also stopped in to chat with the students.

Ptlm. Wenner and Tankersley answered lots of eager questions from the kids, spoke about their backgrounds, and showed off duty gear and other Police equipment.

The students loved being able to interact with the Officers, and try out/hold some of the equipment to include a heavy Police ballistic shield, rifle plate carrier/vest, ballistic helmet, door ram, etc.

Ptlm. Wenner presented a "grand finale" to his classrooms, which included a spark test of the Taser, creating quite a BUZZ!

Several of the students showed interest in becoming a Policeman/Policewoman, and we hope to see these young men and women join our ranks in the future.

Numerous other professionals from other occupations were also at Reid Elementary to present, including Chief Whitebread- Middletown Fire Department, and students from Dauphin County Vo-Tech.

Middletown Borough Police would like to thank Middletown Area School District for having us, and we look forward to next year! 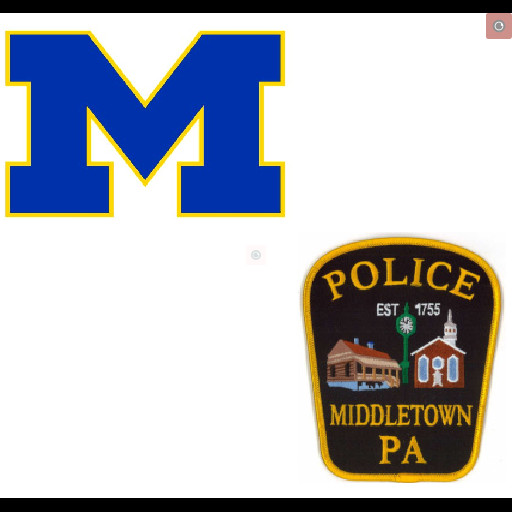