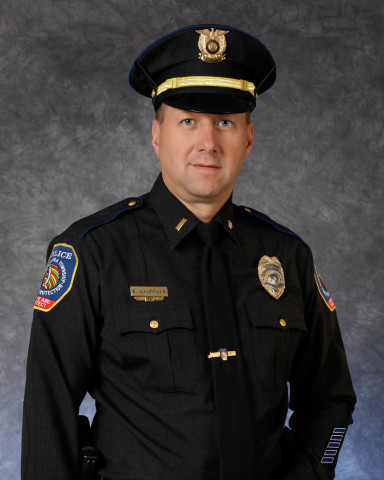 Lt. Bryan Kauffman joined our department in May 1991, and attended the 50th Municipal Police Academy class at HACC soon thereafter.

Lt. Kauffman worked his way up through various duties and assignments.  He started in patrol, became a traffic safety officer for 2 years, and then joined the K9 unit.  Patrolman Kauffman was promoted Sergeant in 1998 and served as a patrol Sergeant for 10 years. In 2008, Sgt Kauffman took over as the Criminal Investigations Supervisor.

He is also a graduate of HACC with an AA degree, and attended Shippensburg University.  He served on the Dauphin County DUI Task Force, and is a certified Glock Armorer.  He attended the Police Executive Development course at Penn State University in 1999, and is certified in various patrol and management disciplines. Lt. Kauffman is a 2009 graduate of the Northwestern University School of Police Staff and Command.

Lt. Kauffman has received a several awards to include the Award of Merit, the Drew Comrey Order of Honor medal, Governor's Highway Safety Award (1997), and the Dauphin County Chief's of Police Career Service Award (2005), among others.