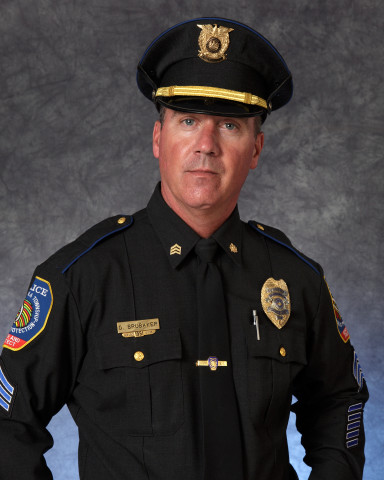 Sgt Brubaker joined the Susquehanna Township Police in 1991 as a patrol officer.  In 1994, he joined the newly formed Community Technical Services unit, becoming one of the first bicycle officers at Susquehanna.  He was also tasked with setting up crime watch groups in various township neighborhoods, a large undertaking for a new officer.  He returned to the Patrol Division after five years in Comm. Tech.

Aside from his patrol duties, Sgt Brubaker was utilized by the Criminal Investigation (Detectives) unit as needed to alleviate their heavy caseload, and to help with background investigations on police applicants.

In 2002, he was promoted to Corporal.  He served as an assistant platoon commander, and was given command of the newly formed "D" platoon during a realignment of the Patrol Division.  He was the first and only Corporal to be given sole command of a platoon, a distinction not to be seen again.  In July 2006, he was promoted to Sergeant, and became the commander of A platoon.  Recently Sgt. Brubaker was assigned to the criminal investigation unit where he serves today.

Sgt Brubaker attended HACC in the Criminal Justice program.  He has received numerous awards for his service, including the Governor's Highway Safety Award (for traffic enforcement) and the Drew Comrey Order of Honor Medal.  He was also presented a plaque of appreciation by the U.S. Postal Service for his public assistance during tax season at the main postal distribution center in the township.