Sheriff Nicholas Chimienti Jr and the Dauphin County Chiefs of Police Association are proud to announce Bishop McDevitt High School will be the host site of the 2022 “Thin Blue Line Game.”

The “Thin Blue Line Game” is a regular season high school football game between the Bishop McDevitt Crusaders and the Hershey Trojans. This game will honor Law Enforcement Officers and Fire Fighters who were killed in the line of duty and made the ultimate sacrifice while serving the citizens of Pennsylvania.

You won’t want to miss attending this game as more exciting news will be announced regarding the “Thin Blue Line Game”. The Pennsylvania State Police helicopter will do a flyover following the National Anthem, along with Mounted and Ceremonial Units. Numerous local and federal Law Enforcement Officers will also be in attendance. The Kiltie Band of York, A twenty-five-member Bagpipe and Drum team will also perform pregame.

The coin toss will be conducted by retired Trooper Alex Douglass who was shot while trying to save the life of Cpl. Byron Dickson who was tragically killed in the line of duty. Numerous static displays will also be present at the game. The Dauphin County Sheriff’s Office will be organizing a team of law enforcement K-9’s to be present during the game.

The Blue/Red Knights Motorcycle Club made up of active and retired law enforcement officers and firefighters will lead off a procession to escort the opposing team from Hershey High School to The Rocco Ortenzio Stadium. The PA DUI Association. MADD, COPS, Gray Nation, Kenton Iwienic Foundation and Tunnels to Towers are expected to have tables at this event.

The experience everyone involved including the fans in attendance will be used to build relationships between law enforcement and the communities we serve. This venture will build relationships and carry on into their adult lives as this program builds integrity and character with the students. This game is expected to bring national attention as the itinerary of events and special guests will be announced later.

Please mark your calendars and SHARE this historic event taking place at 7pm on Friday, October 7th, 2022 as we hope to fill Rocco Ortenzio Stadium in Harrisburg to honor our brave First Responders who gave the ultimate sacrifice to protect our community. Our mission is to advocate relationships with community members and our younger generation along with honoring our Hometown Heroes. 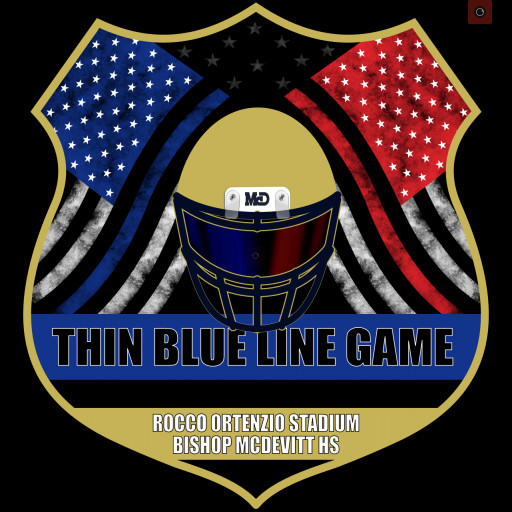