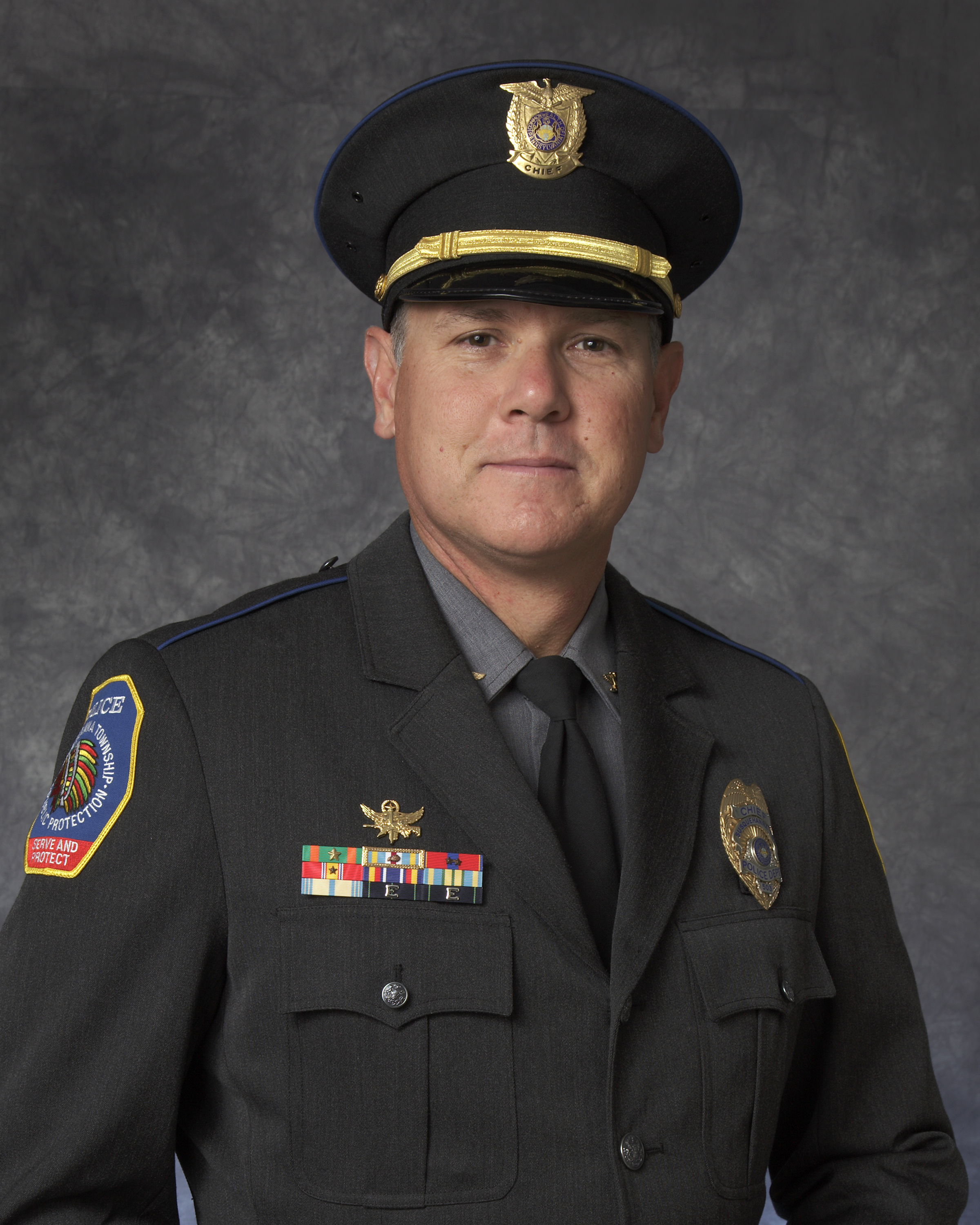 In 1985, Chief Martin graduated from the Pennsylvania State Police Academy as a municipal police officer, where he was class valedictorian.  He then started his career in law enforcement in Lebanon County with a small township police department.  In 1988, he joined the Susquehanna Township Police as a patrol officer.

During his time here, Chief Martin has served as a detective, traffic safety officer, and platoon commander.  He was promoted to Sergeant in 1996, and to Chief in 1998.  He is an original member of the Dauphin County Crisis Response Team (SWAT) and is currently the team's commander.  In 1996, he was named Officer of the Year by the American Society for Industrial Security.

Chief Martin's training resume consists of various schools, to include some very notables.  In 1999, he attended the FBI National Academy at Quantico, VA.  This is considered the benchmark for executive development for chiefs of police.  He furthered his leadership training by attending the Princeton University FBI Executive Development Program in 2002.  Chief Martin has also been to the Baltimore City SWAT School, U.S. Marine Corps Scout Sniper School and Close Quarter Battle School, Virginia Beach Scout Sniper School, and the U.S. Secret Service Firearms Instructor School.  In 2006, he graduated from the Harvard University John F. Kennedy School of Government Executive Program.

Chief Martin is a veteran of the U.S. Navy Reserve, having served honorably for ten years.  His assignments included the Naval Security Force in Wash DC and the Naval Criminal Investigative Service for six years.  He was awarded Sailor of the Year for his command group, and for the Harrisburg Naval & Marine Corps Reserve Center.  His military awards consist of two Navy and Marine Corps Achievement medals, the National Defense medal, Meritorious Service medal, Armed Forces Reserve medal, Joint Meritorious Unit ribbon, and expert Pistol and Rifle medals.