August 9, 2019-  Insufficient training for caseworkers was a large emphasis of the Tutko Grand Jury investigation.  In their report the grand jury stated the following:

The realm of child-welfare is expansive, ranging from investigations of suspected child abuse and neglect, to in-home services, independent living, and permanency.  Training on a broad-base does not give a caseworker the necessary knowledge and skills to work in any specific area.  The grand jury heard testimony concerning the lack of practical hands on training for caseworkers dealing with a multitude of diverse situations from cases of sexual abuse, domestic violence, physical abuse, complex cases of medical neglect and child homicide investigations.  It is also evident through the testimony before the grand jury that CPS and GPS investigations do not occur in a vacuum.  They are intertwined and comingled with law enforcement investigations.  Trainings that promote joint investigations and cohesive approaches reduce trauma to the child victim and ensures the safety of the child while also ensuring the successful pursuit of criminal charges.

Even prior to the release of the grand jury’s report, Dauphin County Social Services for Children and Youth (Dauphin County CYS) began implementing a hands-on and scenario based training in conjunction with the Harrisburg Area Community College.  This successful training model has since been incorporated into the “Foundations” training curriculum of Pittsburgh University’s Child Welfare Resource Center (CWRC).  The CWRC is contracted by Pennsylvania’s Department of Human Services to provide the required 120 hours of child welfare specific training caseworkers receive during their first six months after being hired.   This is required training that all Pennsylvania caseworkers must take for their certification.  The training includes a module that includes mock apartments where caseworkers interact with actors portraying potential clients that the caseworker might encounter during the course of an investigation.  The incorporation of this type of training, begun on the local level in Dauphin County, and now required statewide is a very positive step forward in preparing caseworkers for the challenges they will face in their jobs at a county CYS agency.

In the time that has passed since the grand jury’s report, Dauphin County CYS has also implemented an internal orientation that coincides with the required caseworker training that is received at the CWRC.  Recognizing that caseworkers need to be familiar with local practices and protocols no matter what role they have at the agency is extremely important.  This is especially true given the reality Dauphin County CYS leaders must confront when trying to balance the number of cases that are assigned to each caseworker.  High caseloads, coupled with high caseworker turnover, require that on occasion caseworkers normally assigned to other units within the agency might be assigned a child abuse investigation.  While the grand jury cautioned against the elimination of a specialized child abuse investigative unit within Dauphin County CYS, the cross training of caseworkers is not only good practice, it is necessary given the realities faced by CYS agencies everywhere.  Dauphin County CSY’s efforts to improve and supplement the training of county caseworkers is a step in the right direction as it ensures that new caseworkers are familiar specific to the policies and the practices of the agency as a whole.

The Tutko Grand Jury not only recommended changes to Dauphin County’s training practices but also offered recommendations at the statewide level.  As previously stated, the incorporation of hands on, scenario based, training into the CWRC’s “Foundations” statewide curriculum is a very positive step forward.  Still, more can and should be done to provide not only caseworkers, but also police officers, prosecutors and CYS attorneys better, more dynamic, training opportunities based on a multi-disciplinary investigative team (MDIT) model.  One proven training program highlighted in the grand jury report, PA ChildFirst, hosted by the Pennsylvania Children and Youth Solicitor’s Association, has unfortunately ceased to be active in Pennsylvania.  This week-long training program brought together county teams comprised of caseworkers, police officers, prosecutors and others, to learn in both the classroom setting, as well as hands-on training, how to properly investigate child abuse allegations as part of a coordinated investigation.  Caseworkers told grand jurors that the ChildFirst training was the best training they ever attended.   Given tight budgets that county CYS agencies and police departments have to contend with, practical hands-on trainings such as ChildFirst are often beyond their monetary means.  This training was initially brought to Pennsylvania through federal Children’s Justice Act (CJA) grant funds.  This training was offered at no, to minimal, cost to participants.  Sadly, this particular training program has gone dormant.  While the ChildFirst training itself is currently inactive in Pennsylvania, the lessons learned from that training model should not be lost.  Other, low cost, collaborative, hands-on, scenario-based team-oriented trainings need to be developed, fostered and maintained here in Pennsylvania.

In the five years since Jarrod Tutko, Jr’s death, at both the Dauphin County and statewide levels, improvements have been made in providing enhanced training opportunities to caseworkers.  But there is still work to do.  While the CWRC has incorporated some hands-on, scenario-based, training into its curriculum, the majority of the trainings offered at the center are still traditional classroom-based learning.  Caseworkers have reported frustrations with having the same trainings repeatedly offered.  These trainings also do not expand to include integration of other systems including: law enforcement, mental health, prosecution, etc.  Caseworkers, and others involved in the investigation of child abuse allegations, not only need these trainings, they are asking for them.  Caseworkers and law enforcement officers attending recent MDIT regional trainings provided by the Pennsylvania District Attorney’s Institute praised the hands-on, scenario-based training provided to them and indicated a desire for similar trainings in the future.

What’s the next step then?  The Tutko Grand Jury called for the establishment in Pennsylvania of a Child Protection Training Center.  A child protection training center would be specifically designed to house multiple mock investigative and courtroom-based scenarios.  The center would be utilized not only to train caseworkers but also train juvenile court  attorneys, law enforcement officers and prosecutors.  Many caseworkers have reported that they found themselves ill-prepared by the colleges they attended for the challenges they encountered as a caseworker at a county CYS agency.  A child protection training center could also be used to prepare future caseworkers for the reality of a career in child protection while they are still in college.  Preparing students for the reality of a career in child protection should be a priority.  Providing them foundations on conducting home visits, planning case management, learning how to conduct an interview and experiencing testifying on a witness stand, are all skills they will utilize as a caseworker.   A partnership between the child protection center and universities that bestow social work degrees have the potential to provide Pennsylvania with caseworkers who begin their child welfare career already light-years ahead of their counterparts.

Bringing such a training facility to life certainly will require a huge commitment from both public and private community leaders in Pennsylvania.  But it is not impossible.  In fact, this is not even a unique idea.  A training center, such as the one described here (part of the Zero Abuse Project in St. Paul, Minnesota) already exists.  That same center is utilized by Winona State University to provide an opportunity to their students to obtain a Child Abuse Studies (CAST) minor.  Such a partnership here in Pennsylvania could be a win-win opportunity to some Pennsylvania college/university willing to make such a commitment towards providing their students with this type of valuable, not to mention marketable, educational experience.  If this can be accomplished in the State of Minnesota, Pennsylvania’s community leaders, both private and public, should be able to make a similar commitment to providing the best training available to its frontline child welfare and law enforcement professionals here in our state.

The improvement of the training caseworkers receive was identified as a priority by the Tutko Grand Jury in their report.  As a community, both local and statewide, are we willing to assign the same priority to this issue?  It may seem to be a cliché statement but the lives of other children in the future will depend on how we answer this question.

You can read previous posts in this series here:

The Five Year Anniversary of the Death of Jarrod Tutko, Jr.

Looking Back at the Tutko Grand Jury: What's Next? 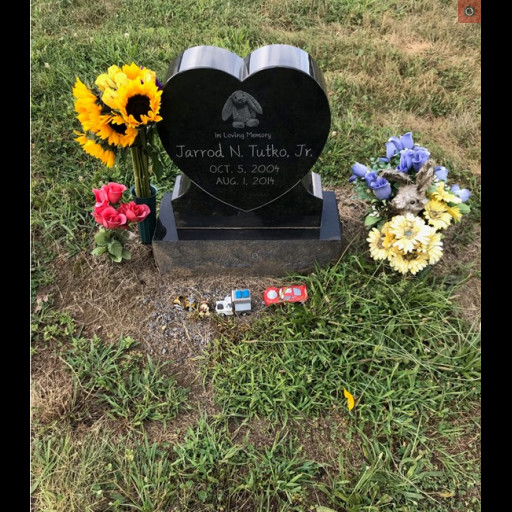