In an effort to recognize the commitment and sacrifice of former Officers, the Swatara Township Police Department will highlight past Officers periodically to honor their service.

The Swatara Township Board of Commissioners authorized the formation of the Police Department in 1913.  The first steps to organize the Police Department were taken in 1950 with the appointment of Anton Maaske as the first Police Chief.  Since 1950, 163 Men and Women have served the Township of Swatara Police Officers.

In our first installment, we would like to honor the career of Corporal Vito Damone who served Swatara Township from 1997 to 2010:

Vito Damone was born in Brooklyn, NY to Gasper and Marion Damone.  Vito’s father was a veteran of the US Army having served in Korea.  By the time Vito was a young boy; his father was an auxiliary Police Officer with the New York City Police Department.  Vito’s father was always serving their community and taught him the importance of being a hard worker and having a good work ethic.  The experience of growing up in New York City during the 1970’s and his parents high standards began to shape Vito into the person he would become.

Vito attended Brooklyn Technical High School during which time he aspired to be a Doctor.  During his senior year he realized that he wanted to serve in the military.  He graduated high school at age 17 and turned 18 in basic training.  He chose to become a medic in order to learn more about the medical field.  Vito served for 3 years in Germany.  When his initial enlistment ended he returned home with the goal of attending nursing school.

Due to events beyond his control, Vito was not able to attend nursing school and instead re-enlisted in the US Army and made it a career.  Vito joined the US Army’s Chemical Corps where he entered onto the path of leadership.  Vito retired from the US Army as a Sergeant First Class (E7) after 20+ years of service, with his final duty station being Fort Indiantown Gap.

After retiring from the US Army, Vito began working as a Security Officer for the Harrisburg Mall.  He was interested in a 2nd career in Law Enforcement, but was worried that his age would not allow him to do so.  It is during this time that he met then Officer Darrell Reider, who strongly encouraged him to apply.  There were over 400 applicants when Vito tested for the Swatara Township Police Department.  In 1997 he was hired by Swatara Township Police along with Officers Negrete (ret), Robbins (active), Rutkowski (left service).

Upon becoming a Police Officer, Vito endeavored to treat all people with respect and continue with the core values he learned from his parents and the Army (Loyalty, Duty, Respect, Selfless Service, Honor, Integrity and Personal Courage).  He also wanted to utilize and build on the leadership skills he learned in the Army.  Vito was assigned to the Patrol Division and worked as a uniformed Officer.  In 2005 Vito was promoted to the rank of Corporal.  He continued in the Patrol Division as a Supervisor until his retirement in 2010.

While serving Swatara Township as a Police Officer, Vito said he learned that there was a time to be tough and a time to listen.  He credited his mentors, Sergeant John T. Galinac (ret) and Chief Reider with teaching him the difference between applying the spirit of the law rather than letter of the law.

Vito said that his career created many lasting memories.  Rescuing a family from the burning house with Sgt Galinac and Chief Reider, delivering a baby along Route 322 where the baby wasn’t breathing and he had to clear the airway and evacuating employees out of a bowling alley that was on fire moments before it would have been too late along Eisenhower Boulevard top the list.

Vito’s other lasting memories have to do with the comradery among Officers.

Vito was awarded the Medal of Valor and Certificate of Bravery for his actions during the house fire.  He received many other medals and commendations during his career.

In 2010 Vito retired from the Swatara Township Police Department due to injuries he sustained while chasing an armed robbery suspect along Paxton Street.

Vito currently serves as the Executive Director of Public Safety and Security at a local institution of high learning. 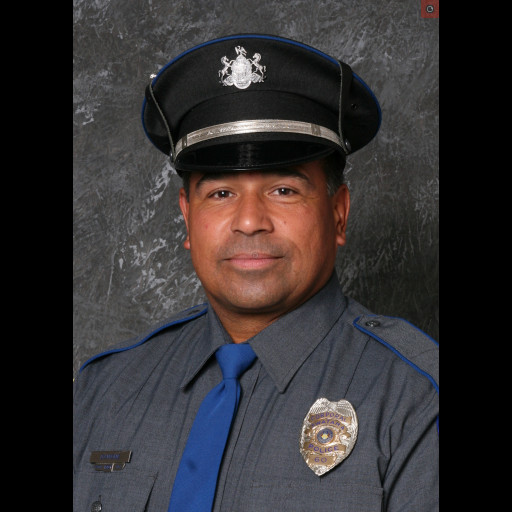