Officer Chris Smith from Swatara Police received the "Top Gun" award from Penn Dot on 2/7/20 for his efforts during the 2018-2019 Aggressive Driver campaigns.  Each year Swatara Police join dozens of other municipal police agencies from across the state and participate in three Aggressive Driver campaigns.  These state funded special details allow our officers to go out into the township and enforce traffic violations that are considered aggressive driving behaviors.  These violations include but are not limited to speeding, following too closely, texting while driving, stop sign and traffic light violations, the move over law and others.  Multiple officers from our department participated in these details and Officer Smith was our top officer by having the most driver contacts!  Congratulations Officer Smith!  Officer Smith along with other officers from Dauphin County were congratulated by State Representative Tom Mehaffie who expressed his gratitude for their hard work with keeping motorists safe. The next Aggressive Driver wave begins March 16th.  We would like to remind everyone to slow down, put the phone down and drive safely. 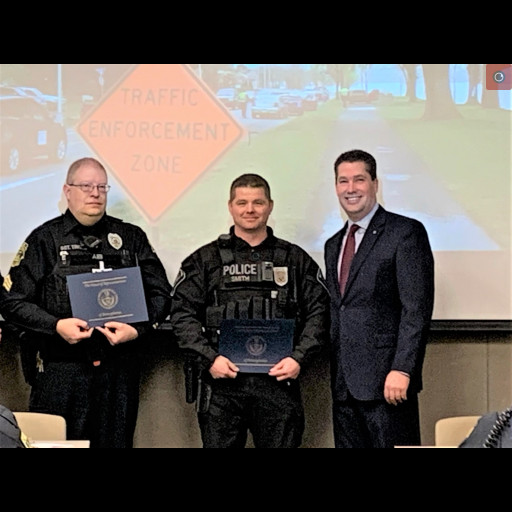